Candidates for Prime Minister express their views on LGBT issues 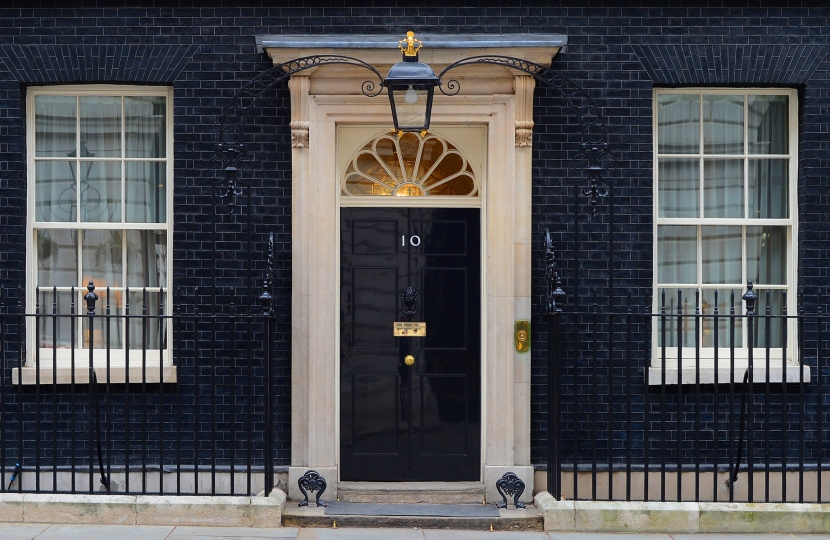 Following the result of the EU referendum, the Prime Minister, David Cameron, resigned saying he didn’t believe he like the right person to negotiation Brexit. It is LGBTory's view that it is now vital that the next leader of the Conservative Party, and Prime Minister, continues the ground-breaking work of David Cameron to improve LGBT+ rights; tackle biphobia, transpobia, homophobia and discrimination; right historical wrongs; and act as a strong voice for LGBT+ rights internationally.

LGBTory asked each current candidate for the leadership, Theresa May, Michael Gove, and Andrea Leadsom to provide a short statement on why members of the LGBT+ community should support them. We have received 2 responses, with Andrea Leadsom, not providing a response to our request for reasons LGBT+ people should support her.

Commenting on the need for David Cameron’s outstanding legacy on LGBT to be continued by the new Prime Minister, Chairman of LGBTory, Colm Howard-Lloyd, said:

David Cameron steps down as Prime Minister leaving an outstanding record of furthering LGBT+ rights in the UK, and the world.

The new Conservative Party leader, and Prime Minister of the United Kingdom, must have good record on LGBT rights, and build on Cameron's work to improve equality in UK and around the world.  I am pleased that those candidates that responded to us have set out a vision that will continue the Conservative Party being a party of equality.  LGBTory looks forward to the opportunity of working as closely with the next Prime Minister as we have done with the current.

No response received by deadline. See Update 2 below.

A spokesman for the Rt Hon. Michael Gove MP said:

"Michael is proud to have voted in favour of equal marriage. As Prime Minister, he would continue to stand up for LGBTQ+ rights at home and abroad.

"we need, too, a big and bold vision to ensure that Britain continues to be the most decent and gentle country in the world. A place known for its tolerance. Where we treat each other with kindness and respect. In the Britain I want to build, where we live, how we love, the religions we follow, the places we come from – these must be causes of celebration and joy, not division and suspicion. In his premiership, David Cameron made great strides on this – not least by making it possible for gay people to marry the people they love."

The Rt Hon. Theresa May MP

"When I launched my campaign for the leadership I set out my belief in building a country that works for everyone.  Central to that vision is a commitment to equality, and I will always stand up for the rights of LGBT people.

I supported Civil Partnerships in 2004, and was proud to sponsor the legislation that introduced full marriage equality in 2013 because I believe marriage should be for everyone, regardless of their sexual orientation.  I didn’t believe the State should perpetuate discrimination and prejudice against LGBT people. That's why equal marriage was a hugely significant social reform.  And it also made a powerful and important statement that as a country we value and respect everyone.

For me, equality is about fairness.  It is simply wrong for anyone to face discrimination or abuse because of who they are or who they love.  A Conservative Government under my leadership would be unequivocally committed to supporting LGBT people, and continuing the vital task of tackling hate crime, homophobia and transphobia – both in the UK and around the world.

I firmly believe in an open, inclusive, One Nation agenda of social reform which will change our country for the better.  That is what I would offer as Prime Minister."

Leadsom for Leader have been in touch with a holding message:

"Because of the success of Leadsom for Leader, the campaign team has been inundated with media requests. Leadsom4Leader will issue a statement in due course. Andrea Leadsom is fully committed to LGBT rights and equality."

We have now recieved a statement from Andrea Leadsom MP

I have a simple view of people: we are all different, but equal. I am proud to live in a country that leads the world in LGBT rights. I am also proud to call many LGBT people dear friends. The last decade has seen great strides forward in the acceptance of LGBT people.

Discrimination and hatred on the basis of sexuality should have no place in our society.

Although I abstained on the same sex marriage vote, I absolutely respect it. I am delighted that people can express their love for each other publicly.

I know that there are still hurdles facing LGBT people, and that there is still far too much prejudice - it’s important that we promote tolerance at an early age.

Finally, I know that there are parts of the world where LGBT people live in fear and suffer terribly. As a supporter of our international aid target, I am committed to raising the profile of LGBT rights on the international stage.