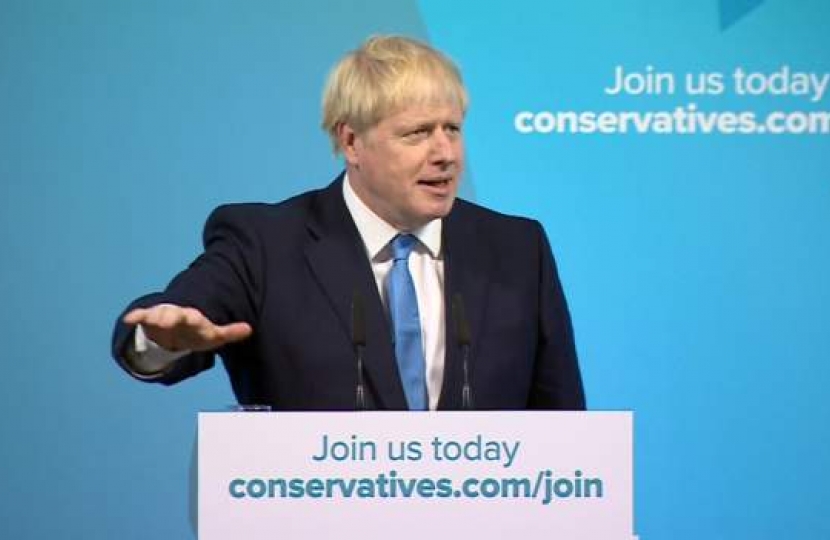 Boris Johnson has been elected Conservative Party leader and will ask Her Majesty The Queen to form a government in her name tomorrow.  During the leadership campaign he made a series of commitments:

If I am lucky enough to be elected Conservative leader, I pledge that my administration will not consider this issue as ‘job done’.

I will continue to champion LGBT+ equality, get tough on hate crime and ensure that we break down barriers to a fairer society.

We must do more to ensure that trans rights are protected and those who identify as trans or intersex are able to live their lives with dignity.

In our schools we must ensure that every young person feels safe and we should not allow the authority of teachers to be undermined by parents who unreasonably take their children out of school.

Our fantastic NHS must provide for all, including all of the LGBT+ community, and we must call on business to ensure that no one is discriminated against for their sexuality or gender.

We have already made so much progress as a Conservative government in championing equality and LGBT+ rights, but we must continue to still reform our society step by step, bringing people together while celebrating how we are all different.

I hope to work closely with LGBT+ Conservatives, should I be elected leader, and will continue to champion a Government which believes in equality, fairness and freedom to love for all.

As Mayor Boris funded pride and banned anti-gay tube ads. In parliament, he backed same-sex marriage, and as Foreign Secretary encouraged UK embassies to fly the rainbow flag, and had robust discussions with Commonwealth colleagues on progress needed.

However, as a journalist, he used some distinctly hurtful and unhelpful language, and that has dented the confidence of many in the LGBT community.  I expect him to address that at an early opportunity.

The four-year LGBT Action Plan has made significant progress, achieving a third of its actions in the first twelve months, but significant work remains. As recent Conservative Prime Ministers have shown, that only comes about through strong leadership from the top.

During the Leadership race, Boris made a number of commitments via LGBT+ Conservatives, and I look forward to working closely with the new Prime Minister and his team.  We have work to do!

‪CANDIDATES: we will be closing applications to the Candidates' Fund at noon on Wednesday 13 November. Payments will be made promptly afterwards. ‬