Nigel was born in November 1957. He was educated at Dynevor School, and University College, Swansea (BA Hons Politics). He owns and runs a small retail business in Swansea.

He was a member of West Glamorgan County Council from 1985 until 1991, President of Swansea West Conservative Association and Chairman of the Welsh Parliamentary Candidates Policy Group in 1990.

Nigel has worked on three successive US Presidential Campaigns and remains very keen on US politics. He returned from the 2000 Republican Party Convention in Philadelphia where he acted as British Conservative Party Parliamentary Observer.

From June 1993 to June 1995, he was Parliamentary Private Secretary to The Rt Hon The Lord Hunt of Wirral, (whilst he was the Chancellor of the Duchy of Lancaster, and also when he was Secretary of State for Employment). He was also PPS to Tony Baldry MP, Minister of State at the Ministry of Agriculture, Fisheries and Food between October 1995 and July 1996 and he was PPS to William Hague MP, Secretary of State for Wales, between June 1996 and May 1997.

In June 1997, he was appointed Opposition Front Bench Spokesman for Constitutional Affairs.

He is currently Deputy Speaker of the House of Commons. 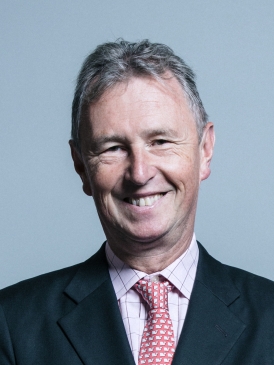