Mark Fletcher is the Member of Parliament for Bolsover.

The grandson of a miner, he grew up in Doncaster and went to a local state school before becoming the first member of his family to go to university. He worked for a number of years in international trade as the Chief of Staff to the Prime Minister’s Trade Envoy to Uganda and Rwanda, before becoming the Director of Communications in the healthcare sector.

During the 2016 referendum, Mark was proud to campaign for and to vote to leave the European Union. He is passionate about the opportunities that Brexit provides. He has a passion for unlocking the untapped economic potential of Britain, particularly in the Midlands and the North, and for building stronger trade and diplomatic relations with fast-growing African economies. 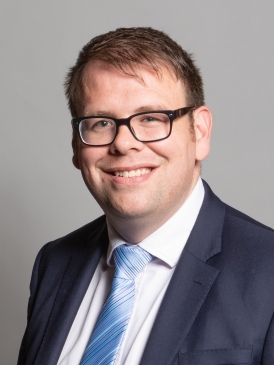