Lord Duncan currently serves as Deputy Speaker of the House of Lords, having been Minister for Climate Change in the Department of Business, Energy and Industrial Strategy from July 2019 to February 2020. He was also Parliamentary Under Secretary of State for Northern Ireland during this time.

Before joining the House of Lords, Ian was a member of the European Parliament. There, he served on the Environment & Public Health (ENVI) Committee, the Industry, Research & Energy (ITRE) Committee, and the Fisheries (PECH) Committee, and as a member of the Special Committees investigating the ‘Diesel-gate’ scandal and the implications of the ‘Panama Papers’ leak. From 2014 – 2017 he was Vice President of the Parliament’s Delegation for Relations with South Asia and member of the Delegation for Relations with Switzerland and Norway and to the EU-Iceland Joint Parliamentary Committee and the European Economic Area (EEA) Joint Parliamentary Committee.

Prior to joining the Scottish Parliament, Ian held a number of high profile public affairs positions in Scotland, including Secretary of the Scottish Fishermen’s Federation and Head of Policy & Communications with the Scottish Refugee Council. Ian began his career as a researcher with BP focusing upon Eastern Europe and the former Soviet Republics. 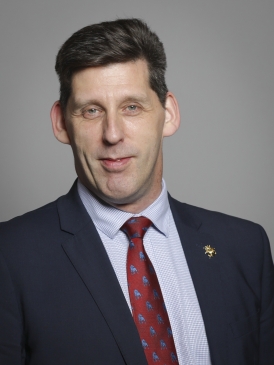