Iain was born in September 1972 and grew up in Hamilton in central Scotland. He went to Hutchesons' Grammar School in Glasgow before proceeding to Exeter University where he graduated with an honours degree in politics.

Since 1993, he has lived in Milton Keynes where he moved to for his first job as a trainee accountant with Coopers & Lybrand in Central Milton Keynes. He was elected to represent the constituency of Milton Keynes South at the May 2010 general election, and lives in the Tattenhoe area in his constituency.

Iain has a keen interest in transport policy and is a member of the Transport Select Committee in Parliament.

In his spare time, Iain enjoys going to the gym, watching films and plays.

Prior to his election as MP for Milton Keynes South, Iain worked in the Board Practice of the Executive Search firm, Odgers, Ray & Berndtson. He also used to run a research unit in Westminster which provides a detailed analysis of Government legislation for its clients, which included members of the Shadow Cabinet. Iain has written a number of articles and books on political issues.

He got his first campaigning experience by standing in the Glasgow Rutherglen constituency in the first Scottish Parliament elections in 1999. He then served for six years as a member of his local parish council – Shenley Brook End & Tattenhoe. He contested the Milton Keynes South West seat in the 2001 and 2005 elections. 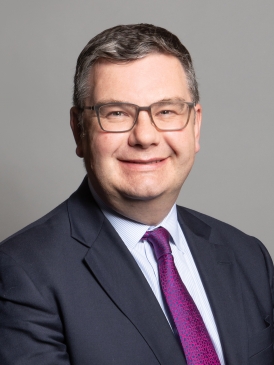