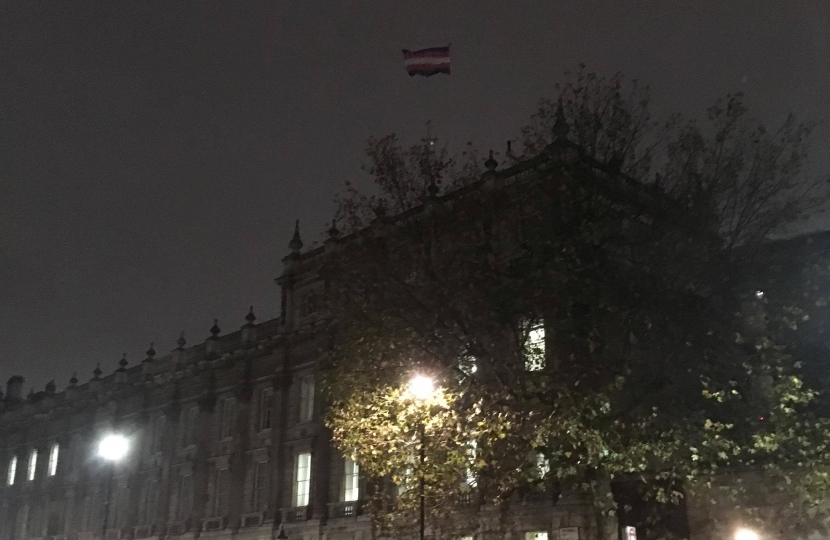 Every year, November 20th is solemn and reflective occasion. It is the one day of the year reserved for the trans community and their allies to come together to mourn those who have tragically lost their lives to transphobia.

This year, 2017, three-hundred and sixty-six transgender people across the globe were robbed of their right to live as their authentic selves. That’s 366 people who had their lives ended prematurely due to prejudice. To put that in perspective, across the globe, more than one trans person falls victim to fatal form of transphobia every single day.

Scrolling through the list of people that were forcefully taken from the trans community this year is a conflicting experience. It’s perhaps easy to celebrate the omission of the UK from the list, however seeing the 24 names under the list of people killed by transphobia in the United States is a harrowing reminder that even in democratic western societies with anti-hate laws, the harsh and brutal reality of transphobia is all too real for far too many.

Another tragic reminder is that the Transgender Day of Remembrance List does not include those who felt left with no other option but to take their own life as a result of the transphobia that they experienced. In the UK, although no names appear on the TDoR list this year, the attempted-suicide rate for young trans people is eight times higher than it is for their cisgender counterparts. Almost 50% of trans people under 26 say that they have attempted suicide, with 30% saying that they have done so in the past year. A staggering 59% of UK trans youth say they had at least considered doing so.

With constant hate-mongering in the press and the new fad of claiming that transgender identities are themselves a fad, it’s easy to see how young trans people feel trapped and afraid. When a British trans person takes their life, we have to view it as a murder at the hands of an intolerant and unsupportive society. Only once we accept the part that we all play in maintaining the status quo of society will can then begin to change it.

Although it seems almost selfish to be to be thankful for the progress in the UK, the first step towards tackling an epidemic of intolerance is to understand one’s privilege. This means that cisgender people in the UK should stand up for their trans siblings and speak out against injustice: tackling transphobia requires positive and supporting activism from the cisgender allies within society.

As with all intolerance, overcoming it requires a combination of social, political, and legislative change. The Woman and Equalities Committee, and the Conservative Government have shown an understanding of this tri-pronged approach to achieving a better quality of life for trans people and the proposed changes to depathologize the process of obtaining a Gender Recognition Certificate are a small step towards achieving this.

Whilst knowing that the UK is changing for the better might restore a glimmer of hope for those currently suffering at the hands of society, it is inappropriate to end with anything other than the list of trans people who will not get to experience the transgender tipping point and have suffered not just at the metaphorical the hands of society, but at the very real, literal, hands of transphobes themselves.

To all those who have lost their lives due to transphobia, we will remember you.

“Those who do not remember the past are condemned to repeat it.” - George Santayana