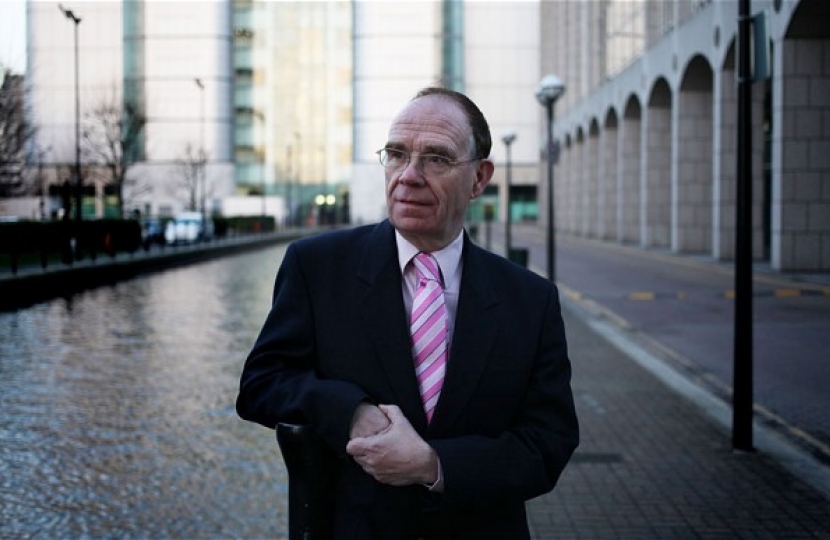 Cllr Peter Golds of Tower Hamlets Council is fighting to save the White Swan pub, a popular local gay and lesbian venue, from being categorised as a 'sex venue' by Tower Hamlets Mayor, Lutfut Rahman.  In response, Cllr Golds has proposed the following motion to his local Council.

Lutfur Rahman, the controversial Executive Mayor of Tower Hamlets, whose only political support is from the crumbling Respect and the Socialist Workers Party is again considering a proposal under his so called Sexual Entertainment Venue policy which could see the eventual closure of the historic and popular White Swan in Commercial Road, E1.

Residents, gay and non gay were amazed to see the White Swan included alongside lap dancing clubs when consultation opened on this policy in 2011. An immediate petition was launched on behalf of the White Swan which drew support from across the borough and elsewhere.

Legislation regarding Sex Establishments is voluntary for local authorities. However, Tower Hamlets needs to answer why the White Swan is included in this policy document.

The White Swan is well known for its weekly “Amateur Strip Night”, hosted by a drag artist. The contestants are amateur and the occasion is a fun cabaret. There is no similarity to a lap dancing venue.

“The White Swan is an east end and gay institution. There is no reason why it should be considered under this policy proposal. We thought that Lutfur Rahman and his administration had seen sense in 2011 when there was widespread opposition to his including the White Swan, yet here we are, almost two years later facing the same situation. I am moving a motion at the next council meeting to exclude The White Swan from this policy and believe that there will be wide spread support within the council.  It will be interesting to see how the Rahman group of councillors vote on this occasion. The White Swan has massive support from local people and they will expect councillors to show their support”

The Motion in full:

This council expresses its concern that once again the Mayor and his administration, despite the reassurances given to petitioners in November 2011, have included The White Swan, 556 Commercial Road within the Sexual Entertainment Venue Policy.

The White Swan has been a landmark for London’s Gay and Lesbian Community for well over twenty years.

The White Swan has always enjoyed good relationships with nearby residents and the local community.

The White Swan has never given the police or licensing authorities any cause for concern.

When they White Swan was first included by this administration as a “sex venue” there was a national and international outcry and the administration promised to “think again”.

Whilst other inner London boroughs have increasing numbers of Lesbian and Gay friendly venues, in Tower Hamlets the number has reduced in recent years.

Calls upon the Mayor to exclude The White Swan from his definition as a Sexual Entertainment Venue.

Support present and future Lesbian and Gay friendly venues within the borough.