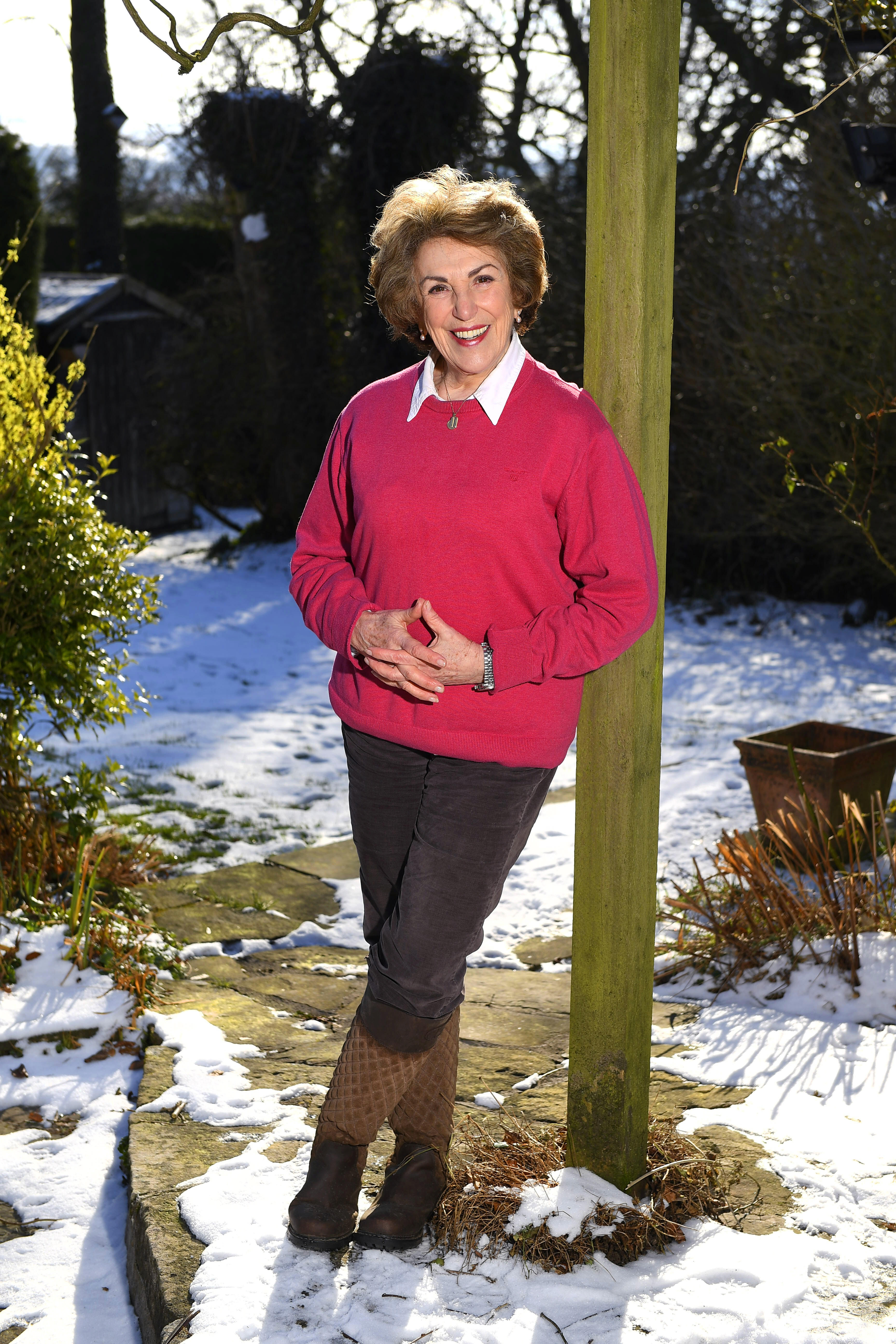 Our Deputy Comms Lead Tom Hulme sat down with Edwina Currie to find out what it was like being an MP taking on issues such as the age of consent, TORCHE and many more. As always, Edwina gives us a no holds barred look into her life.
This is Edwina's story and it's not one to miss.

You were first elected as the Conservative MP for South Derbyshire in 1983. What was Parliament like at that time?
Male. Overwhelmingly! There were only 23 women MPs out of 650, 13 on the Tory side (including the PM) and 10 on Labour's. No other party had any. Also 100% straight - officially anyway! Chris Smith didn't come out as gay till the following year. There was great hostility to gay people because of AIDS/HIV which was killing people without mercy.

You went to South Derbyshire after spending some time as a councillor in Birmingham. How did the local association receive you as a young woman from outside the area?
Their previous MP was a woman, Sheila Faith, a dentist from Sheffield. She'd had a majority of 800 and went off to find a better seat! I think they were a bit hurt about that, but they'd found they liked having a woman MP. There was less prejudice in Derbyshire; 3 out of the county's 10 MPs were women. More dramatically, it was a mining seat which voted heavily for Mrs Thatcher - my majority was over 8,000. They wanted change, a better life.

You were in the Commons at the same time as some incredible figures in British political history. Who were your favourite parliamentarians to work alongside?
We didn't know at the time, but the 1983 intake was spectacular, producing three Labour leaders and 2 PMs - Blair, Brown and Corbyn (who didn't speak to anyone, miserable git). Of the MPs already there, my favourite was Sir Keith Joseph, who was Education Secretary from 1981 to 1986 and had campaigned for Margaret in 1975; he was erudite, wise and kind. He made me his PPS for a while and meetings with him present were like a university master's course. I already knew Norman Fowler, Secretary of State for Health and Social Security - a huge job - he was MP for Sutton Coldfield and I'd obviously been a Birmingham councillor. Norman deserves more credit for a superb career of public service - he went on to be Lords Speaker at the age of 80. Then there was Kenneth Clarke, Norman Tebbit (always plotting), Michael Heseltine, all the big beasts! And of course, Margaret herself. Absolutely in her prime - changing this country for good.

In 1986 you were appointed Parliamentary Under-Secretary of State for Health and during your time at the Department of Health you worked alongside Norman Fowler on the issue of HIV/AIDS. What are your memories of the emergence of AIDS as a new health crisis?
By July 1983, we had 14 reported cases of AIDS in Britain, all men. Most were gay, including one man who also injected drugs, but the group included another who had been receiving treatment for haemophilia. Just two months later, the number had risen to 24, and included a woman and a second man with haemophilia. The Terrence Higgins Trust had only just been set up - he died the year before - but there was no test available till 1984 - I remember going to an exciting meeting called by the Welcome Trust to brief us about it. AIDS was being called the Gay Plague, but our attitude in the Health Department was that these were sick people entitled to care like any others. When challenged I'd ask if they wanted to bar smokers from the NHS too? That sorted it!! Randy Shilts' 1987 book "And The Band Played On" about San Francisco and the recent TV series "It's a Sin" get the panic and prejudice exactly right. Norman Fowler deserves great credit for the Safe Sex prevention campaign starting in 86/87. 23 million leaflets were sent to every single household.

In your post-ministerial career, you became involved in TORCHE, the Tory Campaign for Homosexual Equality, our predecessor organisation. What was it at the time that drew your attention in the fight for gay rights?
After the 1992 election I turned down the Prime Minister's offer to become Minister for Prisons (!) and focussed on writing and being an effective backbencher. TORCHE called a meeting to see if we could reverse Section 28, but I suggested we try for something more fundamental, that we could argue for as Tories, about freedom of choice and personal responsibility and small government. The more senior figures like Steve Norris had been appointed ministers, so it fell to me to do it.

Did your friends or family caution you against publicly associating yourself with gay rights groups?
No. But then again, I didn't ask!

In 1994 you tabled an amendment to the Criminal Justice and Public Order Bill that would have equalised the age of consent for gay and straight men and gave an incredible speech in the House of Commons defending the proposal. Tell me about the events that led up to you tabling that amendment and why it had to be you rather than any other member of TORCHE.
It was an accident that it was me, but I didn't hesitate. I think it was easier for me, as a woman, married with two daughters - and my novels suggested that I had no ulterior motive! I'd known prejudice and discrimination as a woman, as a Scouser, and obviously as a Jew, so I felt a strong incentive to help others facing the same cruelty. After the initial meetings I became one of the leaders and insisted that it be an all-party amendment. When asked who I wanted to support it, I said "Neil Kinnock." I was told he wouldn't, as his seat was in South Wales, he had two sons and it wouldn’t go down well. I retorted that that was exactly why he should stand up in the Commons and speak for it. Eventually he and I met for tea and cakes away from the Commons at the St Ermins's Hotel, and I lectured him on equality…and he agreed. He was a key figure and a decent man.

Anyone who remembers watching the footage of that speech will remember the barrage of aggressive interventions you received from people like Tony Marlow, who accused you of wanting to ‘legalise the buggery of adolescent males’, and Nicholas Fairbairn, who referred to gay sex as ‘a perversion’. What was it like to face such direct hostility from your own benches?
The nasties were…well, nasty, and I despised them. You can see that in my face. Fairbairn was a sex pest, and Marlow thought so highly of family life that he had two families, one in the week and the other at weekends, and 11 children! More troubling was several older Tory MPs who said to me privately that I didn't understand what I was asking for. Gentle probing revealed many of them had been sexually abused in prep school as young children. It was horrifying, and meant they equated all gay people with paedophiles.
We did think one or two might come out as gay in the debate and arranged to have a "donut ring" of supporters move round them if that happened, but nobody did. William Hague said he would vote with us but couldn't campaign which was fine. Michael Portillo, playing to the gallery, voted for the age of consent to be 21, the prize shit! He got his comeuppance when the 1997 election came, and that was a huge shock to him. Oh, the stories I could tell...

Was there any point during that time when you faced that torrent of aggression and abuse when you thought “is this really worth it or shall I just keep quiet?”
No. I was enjoying myself. It felt like payback for the small handful MPs who had been rotten during the egg’s fiasco, but it was also obvious that they didn't represent their voters, who were much more liberal-minded, and who could see what we were trying to do; liberate a group of fellow citizens from repressive legislation and encourage responsible healthy behaviour. Plus, I bristle when somebody tries to shut me down. I am not a victim. If I'm in the right, and I'm sure that's how it is being seen in the wider world, then I will find a way. I was making lots of new friends who I adored and the day after the vote, you couldn't get into my office for the flowers...

As you said in that speech, gay men are businessmen and civil servants, artists and actors, soldiers and judges, bishops and priests, peers and Members of Parliament. At that time the number of out gay MPs could be counted on one hand. Without betraying any confidences, did any closeted gay MPs confide in you?
Oh, we knew! Michael Brown MP in the Tory whips' office, a key member of the leading group. Douglas Slater was in the Lords' Clerks' Office, another key figure, helped draft the amendment and advised on tactics. Outside of Parliament, Peter Tatchell was trying to out people, but I thought it was counterproductive - and it didn't matter whether a person was gay or straight, out or closeted, as long as he VOTED THE RIGHT WAY! I spoke at dozens of meetings; when the question of outing came up, I would always ask “who here is gay, or might be, hands up” and then “how many of you are out to your parents?”. Hands always went down. "So, if you can't tell the people who love you best, you understand how hard it is. There's enough cruelty in the world. Don't let's add to it."

You’ve been on the cover of Gay Times, you’ve marched in the Manchester Pride parade, you spoke at the infamous ‘Yes’ rally in Trafalgar Square and you say there are some pubs in Brighton that still won’t let you pay for drinks. How does it feel to be something of a hero figure for a certain generation of gay men?
Lovely! I'm 75, and can look back on a few good things, like bringing in breast cancer screening, and cervical cancer screening (the first time we'd had prevention programmes for women's health), and the MMR vaccine, campaigns against smoking, and for healthier eating (there was no skimmed milk before I became a health minister - I had to go nag Tesco's). There was protection of vulnerable witnesses in court, bringing Toyota to South Derbyshire and writing a raft of books which went to Number 1, and…AND…I've been on the front of Poultry Week magazine too, and can claim some credit for our excellent eggs in the UK. But the most fun, and the one which reverberates down the years, was looking after my mates in the LGBT community. I thank them for all their kindnesses to me, all their friendship, and all their trust.

Most important question; what’s your favourite biscuit?
I'm off biscuits right now (I lost a stone in the last 12 weeks, needed to get that lockdown flab off!) but oatcake biscuits with a serious bit of cheese…yes please!

Edwina contributed to this interview in a personal capacity. The views, thoughts, and opinions expressed in the text belong solely to Edwina, and not necessarily to the interviewer, editor or LGBT+ Conservatives as an organisation.