The Hate Campaign Against Transgendered People Must End 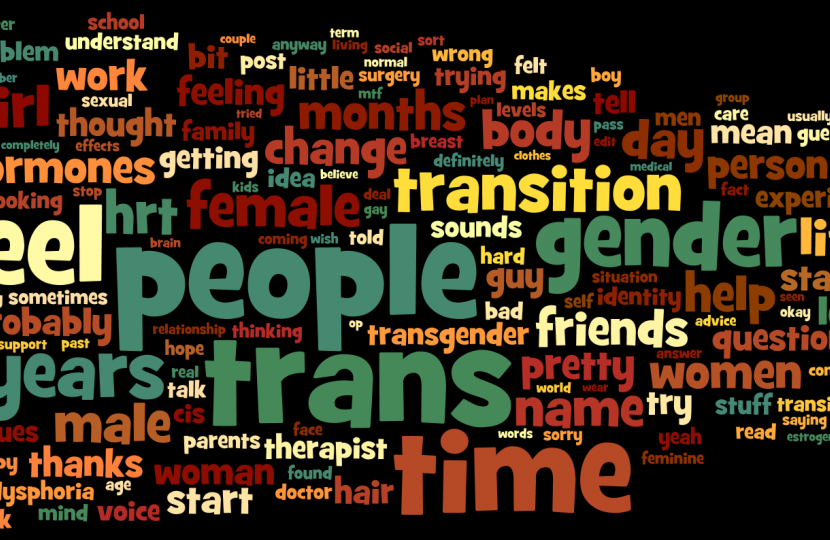 The 21st of March was not a good day for transgendered rights in the UK. It began with the publication of the Press Complaints Commission's decision regarding Julie Burchill's vile attack against the trans community, only to be quickly followed by the news that a primary school teacher had died after a prolonged campaign of transphobic hate.

Burchill's attack came in the form of an Observer column in January, in which she showed ignorance over what the term “cisgendered” means (believing it to be an insult when it is actually the medical term for non-transgendered people) and repeatedly unleashed a tirade of transphobic hate speech. Her article finished with an outright threat against the trans community as a whole when she declared “Trust me, you ain’t seen nothing yet. You really won’t like us when we’re angry.”.

The Press Complaints Commission took several months to decide what to do about this attack. It decided to do nothing.

According to the PCC's own report, it received over 800 complaints about Burchill's article (which was reprinted by Toby Young in the Daily Telegraph after the Observer removed it from its website and issued an apology). These 800 complaints effectively fell on deaf ears, however.

Not only did the PCC decide that a single article cannot constitute harassment (a definition that runs contrary to the Protection Against Harassment Act 1996) but it also decided that it had no power under Article 12 of its own charter to censure anyone who defames an entire group of people instead of an individual. According to the Press Complaints Commission, columnists are free to make the vilest remarks they can think of, as long as they don't target a specific person.

It didn't take long for someone to fall foul of this little loophole.

Back on the 20th of December, Richard Littlejohn launched a tirade against schoolteacher Lucy Meadows in the Daily Mail. Ms Meadows had done nothing wrong – by all accounts she was a good teacher – but Littlejohn singled her out for attack in his national column because she was a transsexual woman teaching primary school children. It seems that in the mind of Richard Littlejohn, this is a hideous assault on our children's innocence.

During his 944-word assault on an innocent person, Littlejohn not only constantly referred to Ms Meadows as “he” but also by her birth name, which she had changed in order to transition. The online version of the article was edited the day after publication but the only part that was obviously changed was the headline. The web address and web page title clearly show the article originally carried Ms Meadows' original name right there in the headline.

Under current legislation, transgendered people have no protection against hate crimes of this nature. The only recourse is the Press Complaints Commission, and defamation law but both are slow processes. Moreover, they are protection after the fact – once something attacking a transsexual person is published, the victim can begin to fight back. By then it is too late.

Lucy Meadows was subjected to a brutal hate campaign as a result of her transsexuality being broadcast to the country in the national press. Her privacy was brutally violated and any recourse after the fact would not help her. The courts and the PCC couldn't stop the death threats because they can't turn back time to stop the instigating article being printed.

What the transgendered community needs is effective legislation to protect them from hate crimes and generalised abuse. We need the same protections any vulnerable minority needs.

Lucy died because the press is free to subject transgendered people to ridicule and abuse. She is not the first victim in this constant campaign. It's time to make sure she is the last.

The opinions expressed are those of the author and do not necessarily represent LGBTory, or the views of its members. If you disagree, or want to talk about another issue please email us info@lgbtory.co.uk with your thoughts.