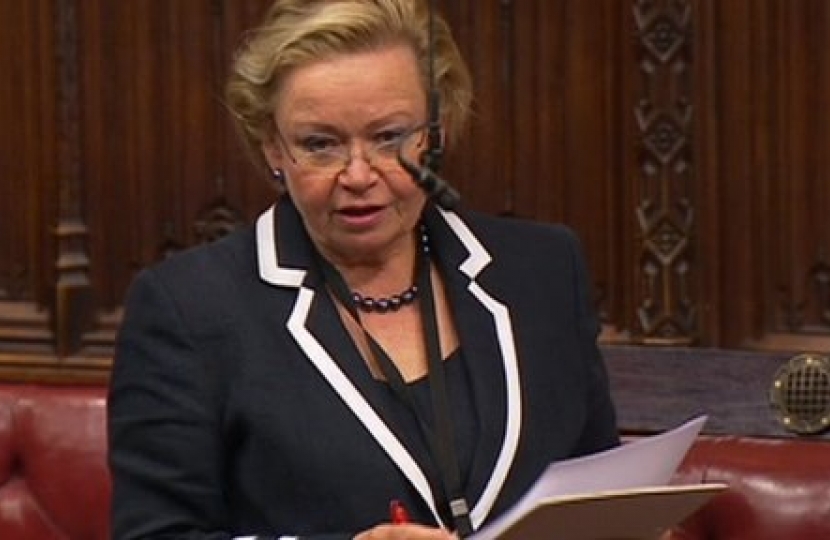 During the Committee Stage discussions on the Marriage (same sex couples) Bill, amendments 11 and 16 were tabled by Baroness Cumberlege and the Bishop of Leicester.  The aim of these amendments was to enable registrars a 'conscientious objection' clause to enable them to refuse to marry same sex couples.  There was a parallel made to the conscientious objection clause for the medical profession to refuse to take part in abortion provision.  Baroness Noakes rose to speak to point out that there can be no parallel made between abortion and same sex marriage and that this Bill is "simply about two people who want to formalise their relationship in accordance with the law of the land".  Read her complete words here:

Baroness Noakes: My Lords, I shall be brief because I am sure that we want to hear from the Front Benches fairly soon. I have been slightly disturbed by this debate, in part because one of the precedents that has been used to support this conscience objection is abortion. To try to equate the conscience provisions allowed in respect of abortion with those that might be put in place for civil marriage is to compare chalk and cheese. It is very inappropriate to try to do that.

The Lord Bishop of Hereford: I am sorry to interrupt the noble Baroness and take up more time but I do not think that any of us is equating. The point we are making is that legislation already exists for conscience on principle and religious belief. That is the point. There is no equating.

Baroness Noakes: I completely understand that but the examples given are relatively few. One of them is abortion and it is very different from same-sex marriage, which concerns two people who love each other wishing to formalise their relationship. We cannot compare that with the circumstances that led to the law allowing conscience objections in relation to abortion.

I understand what the noble and learned Baroness, Lady Butler-Sloss, and my noble friend Lady Berridge said in relation to the Joint Committee on Human Rights—there might be a need for transitional provisions—but I cannot see that there is a need for the provision put forward by my noble friend Lady Cumberlege. I am not sure that a transitional provision is needed. It will depend on whether a number of people are genuinely affected by this, and I do not think that we have conclusive evidence of that. We have heard that in the past some local authorities have made arrangements on a transitional basis with those who have had problems in applying the law in relation to civil partnerships, but it may well be that we can achieve any transitional issues that arise through9usb non-legislative means. Putting something in the Bill would seem to elevate the fact of same-sex

marriage to something way beyond where it needs to be, when it is, as I said, simply about two people who want to formalise their relationship in accordance with the law of the land.