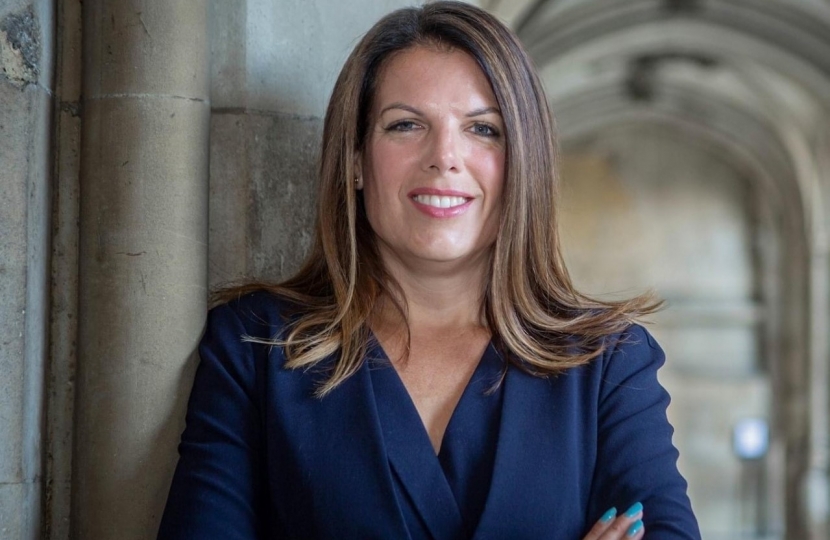 Last week’s LGBT+ Conservatives event on what our party can do to end new cases of HIV by 2030, was a shining example of what Conservatives can do when we work together. In this case make real progress towards ending the HIV epidemic here in the UK.

Shaun made a bold and exciting pledge to end new cases of HIV within London within two mayoral terms - two years ahead of the national target made by the Government. While Steve argued PrEP should be prescribed by GPs in order to increase access to groups including women - something which I fully endorse. As Chair of the Women & Equalities Committee, I made clear that women, including BAME women, must be visible in our mission end the domestic HIV epidemic.

These weren’t just words, these were calls to action which have the potential to change lives.

The event was the perfect end to record breaking National HIV Testing Week with over 22,000 tests ordered - there was even high praise from the Prime Minister who thanked the work of Terrence Higgins Trust in organising the campaign.

Our discussions were just a couple of hours before the latest instalment of Russell T Davies’ new drama, It’s A Sin which is set at the height of the HIV/AIDS epidemic in the 1980s and early 90s. HIV testing had a big focus in episode three - and without giving away any spoilers - it showed how far we’ve come in testing which used to take weeks to get a result. As I saw for myself when I did a HIV test last week, it took less than 15 minutes and was quick and easy to do. I was proud to see many other Conservative MPs ‘give HIV the finger’ throughout the week by also having a test.

Like many people, the temptation to binge It’s A Sin became too much and I watched it all with my 22-year-old-daughter. Throughout much of it we have cried, Colin locked in a hospital ward alone, Ritchie too scared to get his test results and Jill worried about sharing a cup because she didn't know how HIV was passed on. I got really angry, I grew up at that time and had no idea how horrifically patients had been treated. But I felt a total failure as a parent when my daughter commented that she ‘couldn’t get it’. Have we really done that badly in educating people that girls today are roaming around thinking HIV isn't something that can impact their lives? I can’t help worry that we are still letting down young people when it comes to knowing about HIV.

There is a lot to celebrate in the huge progress made in the fight against HIV.

Advances in treatment now means that a HIV diagnosis has gone from a death sentence for sadly many to now being a manageable condition. So much so that people on effective treatment can’t pass on the virus and can expect a normal and healthy life.

This has resulted in rates of HIV falling to their lowest for the last two decades and in 2019 new cases fell by 10%. However, those figures are not falling at the same rate for women, with only a 4% fall in the last period.

The invisibility of women in discussions about HIV have been around right since the start of the epidemic. Davies captures this when Lydia West’s character, Jill, requests for information about HIV from her GP, only to be rebuffed that HIV is not something that concerns women and there is no need to discuss it any further.

That scene still rings true nearly 40 years on. Don’t believe me? Women are still less likely to be offered a HIV test and they are twice as likely as men to decline a test. While less than 4% of people accessing the anti-HIV drug PrEP via the NHS England trial, were non-gay and bisexual men. That’s despite women still accounting for around 25% of new cases of HIV every year in the UK.

The impact of this invisibility continues to play out with women not being part of discussions about HIV. Put bluntly, with around 6,700 people still living with HIV yet undiagnosed, any missed opportunity to test is a missed opportunity to potentially put someone on life-saving HIV treatment.

This needs to change. The Government has committed to ending new cases of HIV by the end of the decade and I am confident this can be achieved. A blueprint has been produced by the HIV Commission – set up by Terrence Higgins Trust, Elton John AIDS Foundation and National AIDS Trust – but it is incumbent on stepping up HIV testing, for all groups.

HIV is and always has been something that has touched all lives, regardless of gender, sexuality or ethnicity. Testing is our best way to achieve the 2030 target. Wherever the NHS takes a blood sample, it should automatically test for HIV. We know this works. In maternity units, where HIV screening is done as standard for all expectant mums - there’s been a near elimination of HIV transmission from mother-to-child in the UK.

However, unless we see ourselves represented in wider information about HIV, we risk more women being left behind in the fight against this virus.

When the credits roll on the final episode of It’s A Sin, we need to keep these discussions about HIV going. It’s up to all of us and I’m confident LGBT+ Conservatives will continue to play a leading role in holding Ministers to their promises and helping us become one of the first countries to end new cases of HIV.

Caroline Nokes MP is chair of the Women and Equalities Select Committee. More information about HIV testing is available via the It Starts With Me website: www.Startswithme.org.uk