Baroness Stowell responds to amendments regarding same-sex marriage and schools 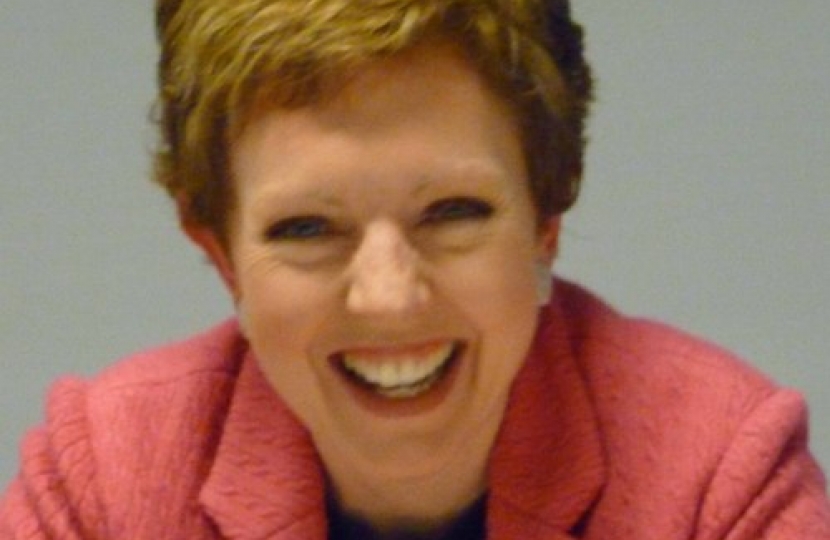 During the Committee Stage of the Marriage (same sex couples) Bill, amendments 23 and 24, tabled by Crossbench peer Lord Dear, sought to provide assurances that teachers would not be obliged to endorse same-sex marriage and parents would not have to allow their children to be taught about it.  Baroness Stowell responded by informing the Lords that these amendments would not provide any more protections than currently exist and her full response can be read here:

Baroness Stowell of Beeston: My Lords, as I said to the noble Lord, Lord Dear, I am grateful to be able to respond to his Amendments 23 and 24 together because some of the issues arising from his second amendment will help me address some of the concerns that have been expressed in this debate by my noble friends.

The noble Lord, Lord Dear, and my noble friend Lord Waddington quoted quite extensively from what I said at Second Reading. Clearly I am not going to repeat that and quote myself but I will be relying on the same facts that I relied on at Second Reading because they are the facts as they are. I want to be clear from the start that I recognise the concern that there is out there and among some noble Lords who have spoken this evening. I feel the passion that was expressed by my noble friend Lord Eden and recognise that it is a real concern. Therefore, there is a responsibility on me to respond from the Dispatch Box and acknowledge that concern. I am grateful for the opportunity to do so.

My noble friend Lady Barker asked me a direct question about whether the Bill changes anything in respect of the guidance that currently exists for teachers on how to teach sensitive issues under the heading of “sex and relationship education”. No, it does not. I should note at this point that there is a later amendment, Amendment 46B in the name of the right reverend

Prelate the Bishop of Ripon and Leeds and my noble friend Lady Cumberlege, which relates to religious freedom for faith schools and it is directly linked to Section 403 of the Education Act 1996, which has been quoted by noble Lords in the course of this debate. So I will return to that issue on Monday and, while I hope to be clear and comprehensive in responding to these amendments, this is not the only debate we will have on education in Committee.

Amendment 23 would have broad application to all teachers in all maintained schools. I must stress, as has already been said by the noble Baroness, Lady Thornton, that no teacher is under any obligation to endorse a particular view of marriage or would be in the future as a result of the Bill. Teachers are and will continue to be free to express their personal views or those of their faith about marriage or any other matter, provided they do so in a balanced and sensitive way. There is a significant difference between expecting a teacher to explain something and expecting them to endorse it. Teachers are required to explain the world around them in a way that is appropriate to the age and level of understanding of their pupils. This includes explaining some things which may be controversial and with which they may not necessarily agree. The examples that have been used tonight in debate include divorce and contraception. As many noble Lords have said, teachers are already very experienced in dealing with such issues and do so admirably and professionally. The noble Baroness, Lady Farrington, gave a powerful illustration of how teachers handle these complexities already. They are required to ensure that their teaching is balanced and they take care to ensure that there is no stigmatisation of children based on their home circumstances, their own sexual identity or their own views and beliefs. Teachers are not prevented from discussing their own views, provided they do so in an appropriate way. It is worth reminding ourselves that there are children in classrooms today who are struggling with their sexual identity. This is not just about the teacher; it is also about the pupils and how they respond to the lessons that they receive.

A lot has been said today about tolerance and courtesy. My noble friend Lord Waddington raised the need for that in the context of this debate—we have to continue to respect differences of opinion. I understand the point that my noble friend makes in this context and it has been acknowledged on all sides of the House. As the noble Baroness, Lady Farrington, said, that is precisely what we want children to learn through professional teaching explaining the differences that exist in our society. This is not just about the tolerance that we expect of each other in debating these issues. We want to help our children be tolerant and to respect one another. That is an important part of this process.

The noble and learned Baroness, Lady Butler-Sloss, expressed a concern about teachers being criticised by the same-sex parents of a pupil for expressing their personal view that they do not believe in the marriage of same-sex couples. However, that kind of scenario could happen now in the context of civil partnerships. I therefore go back to the debate that we had on Monday about the law protecting people against others who might not understand their freedoms. Clearly we

have a responsibility to ensure that people are aware of and understand the freedom that everyone has to express their views, and it is perfectly legitimate for a teacher in a classroom to be able to do that. If it happens that someone decides to pursue a case against someone else, the law exists to protect them from inappropriate discrimination.

Schools, like any other employer, have responsibilities to their employees under equality and employment law. Teachers, like other employees, are protected from being discriminated against or harassed because of their religion or belief. As I have made clear, this includes a belief that marriage should be only between a man and woman. I forget now who it was but it may have been the noble Lord, Lord Dear, who said that they can express that opinion to each other as teachers in the common room or express that belief in the classroom. It is clearly wrong, as I have stated many times, to say that, because someone believes that marriage should be only between a man and woman, that means the person is homophobic. That is not the case, and I will keep saying that because it is important that we help people to know that it is not the case.

In this context, as I have also said in the context of other debates, the Equality and Human Rights Commission’s statutory codes and guidance, particularly where they relate to public bodies, will help us to ensure that this understanding is widespread. No teacher is obliged to endorse a particular view and no school should disadvantage a teacher because he or she does not do so. If a teacher feels that he or she has been treated unfairly, procedures are in place for them to seek redress. I would hope that the first step would be to take this up through the appropriate channels at school level.

The noble Lord, Lord Dear, gave a range of examples that he had been informed of where he felt that some teachers were being treated unfairly. I feel that the process and the protection are there for any teacher who may feel that they are being treated unfairly, but it is worth pointing out that the Bill that we are discussing now has not become an Act. This Bill is not what is affecting those teachers of whom the noble Lord has been made aware. Those situations predate what we hope will become an Act in the future.

If a school chooses to cover aspects of teaching that are outlined in the Secretary of State’s guidance on sex and relationship education—further to that outlined in the national curriculum in a biology lesson, for example—then parents have the right, and will continue to do so in future, to withdraw their children from those aspects. This is where that matter relates to the issue that my noble friend Lord Eden raised about

material. It is important to remind the House that parents should be fully consulted about the school’s approach to sex and relationship education to ensure that they are comfortable with what is being taught. This should include both the content of lessons and the context in which it will be presented.

I further reassure the House that such information is already available for parents. Schools are required to have a written policy on sex and relationship education and that policy must be available to parents on request. What is being taught in this context should include parents. They should be able to understand it, and it should inform their decision as to whether their children should be involved in sex and relationship education—although we would urge that all students be allowed to participate in those lessons because of the benefits we believe they can derive from them. I note the view expressed by the noble and learned Baroness, Lady Butler-Sloss, about ensuring that all students are included.

As regards teaching that is not part of sex and relationship education or religious education, there is no right for parents to withdraw their children from lessons, because the national curriculum is the statutory body of knowledge that every pupil should know. Furthermore, as the noble Baroness, Lady Farrington, said, questions about marriage may arise in any lesson and at any time, and it is not practically possible to know in advance when this may happen. The Government have full confidence in the professionalism of teachers to handle situations in which sensitive topics arise outside sex and relationship education carefully, professionally and in a balanced way.

As I said at the start of this debate, this is not the only debate that we will have on teaching and education in the passage of the Bill. However, it is important for me to be clear that teachers are not required to endorse any belief that they do not have. They are required to explain the law as it stands. They are free to express their personal view as long as they do so sensitively and take into account the context of their lesson. Clearly, what we hope to achieve is the kind of situation that the noble Baroness, Lady Farrington, said the late Lord Joseph talked about in terms of what we hope all our children will be able to achieve from the kinds of lessons that are available to them now. I hope the noble Lord feels able to withdraw his amendment.