"We must not reject the gay marriage Bill" - Viscount Astor 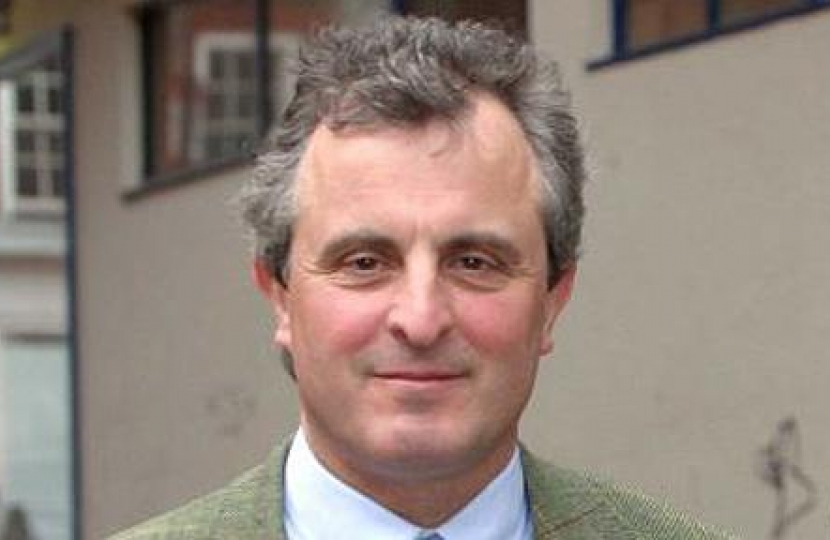 In an article in today's Daily Telegraph, Conservative hereditary peer, Viscount Astor, explains why he believes the Marriage (same sex couples) Bill must be allowed to succeed.

"Later today, peers will begin a two-day debate on the same-sex marriage Bill, an issue that divides friends, families, political parties, different faiths and the Church of England. Inevitably, it is going to divide the House of Lords.

The cross-bench peer, Lord Dear, wants to reject the Bill at second reading. But this would stop it going forward to its committee stages and deny the Lords an opportunity to examine all the issues properly. That would be a terrible mistake. It would give the impression that the Lords had rejected the measure out of hand without proper debating this important proposed change to the law.

The Bill deserves full scrutiny by Parliament and all views need to be heard. Lord Dear has claimed that the legislation would take up parliamentary time – but that is exactly the reason we have the House of Lords, a revising chamber to consider and, if necessary, amend bills that come to us from the Commons.

I understand why many of my colleagues in the Lords have strong feelings about changing the law on marriage. The problem seems to be that there are different views on what the word “marriage” means and what it stands for. To many, it describes an event that takes place in a registry office, or on a lawn, or on a beach, or in a hotel. Sometimes, it is a religious event in a church — in fact, it is often one of the few times that couples actually go to church. Increasingly nowadays, the couple already have children or have been married before or are of different religious faiths.

Thus, the word “marriage” is used by many people to describe a variety of circumstances. Then, there are those who believe that marriage is a sacred religious ceremony and must be between a man and a woman for the procreation of children.

It is, undoubtedly, a difficult issue; but the Bill has gone through the Commons on a free vote and has now arrived in the House of Lords, so we have to deal with it. I understand the strong feelings against the measure and sympathise with the feelings of those who want to get married but feel excluded by their church.

I have personal experience of this. Some 37 years ago, I went to see our local vicar to arrange my marriage. I told him that Annabel, my future wife, was a Roman Catholic; he said that did not matter but when I told him that she had been married before and had two small children he withdrew his offer to go ahead and reluctantly offered a service of blessing.

I felt upset and excluded. The Roman Catholic church offered my wife an annulment and said it would happily conduct the marriage. But that seemed odd to me when the previous marriage had produced two children. The Church of Scotland eventually came to our rescue and we were duly married.

The Anglican Church has now revised

its rules so divorcees can marry. On this and many other issues, such as women priests and, perhaps, women bishops, the Church has changed its view and it will continue to evolve.

To many couples this Bill is welcome. We must not forget that the children of same-sex couples want their parents to have full recognition and status and the protection that gives them. To others, of course, it is divisive and unnecessary; but as a Conservative I believe in freedom and in tolerance. This country has always been a haven for those escaping religious or ethnic persecution.

The churches and other faiths should be able to decide whether they want to have same sex-marriage ceremonies. It should be up to them and not imposed by the state. But if they don’t wish to conduct same-sex marriages they should not be forced to do so. The strong and clear clauses in the Bill provide for that protection.

I have listened to those who claim that the European Court of Human Rights might overrule British law. Well, if it does I for one would be delighted since we could all then agree to leave this outdated and flawed institution that has allowed so

many dangerous terrorists to remain in this country.

So I will support this Bill. More importantly, I think it would be quite wrong and highly damaging to the reputation of the House of Lords not to allow it to proceed to a committee stage, where all the arguments, for and against, can be fully debated. We are a revising chamber. We have an absolute right to send an amended Bill back to the Commons after debate in committee, a report stage and a third reading.

But to reject a Bill on a second reading that has been passed by the Commons, however strong opinions are, would be quite wrong. While it has happened very occasionally, it would be against the tradition of the Lords and would affect the relationship between the two Houses of Parliament. The Lords would be seen as an undemocratic chamber, not the guardian of democracy it often is. More than that, it would hasten the threatened and dangerous constitutional changes to the Upper House that some of us have fought hard against for so many years."

Viscount Astor is an elected hereditary peer who sits on the Conservative bench.