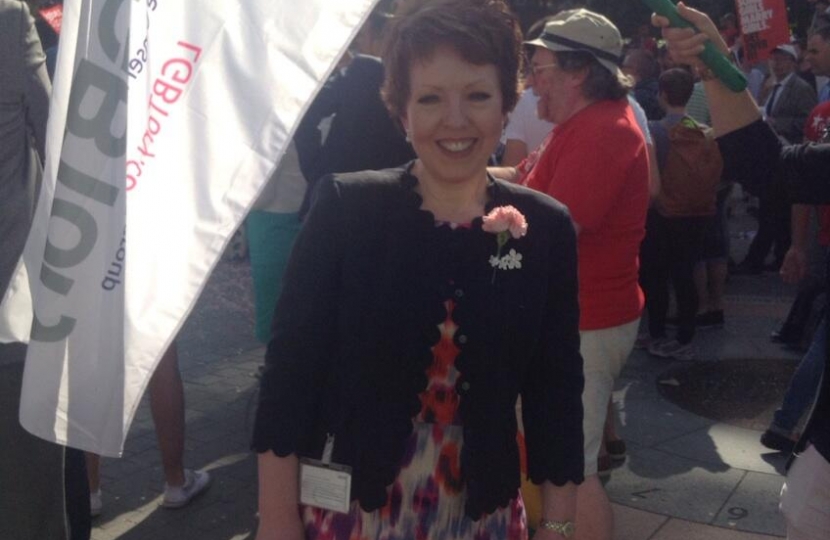 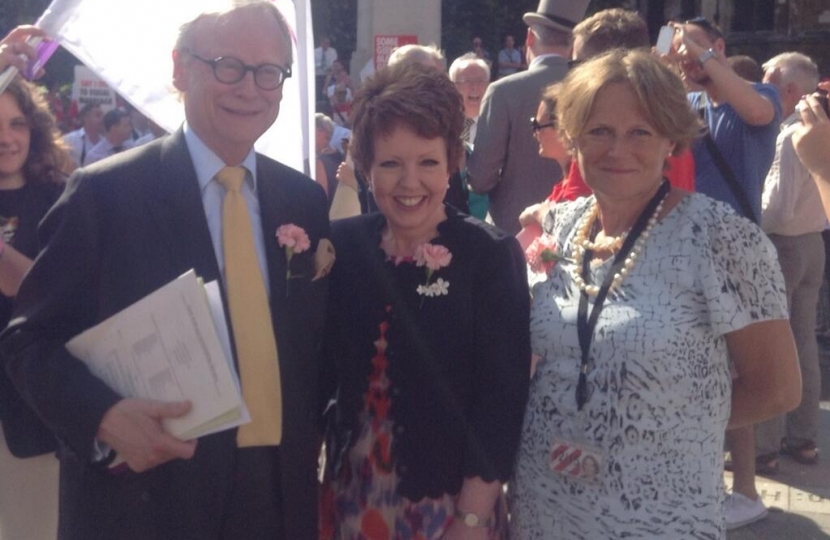 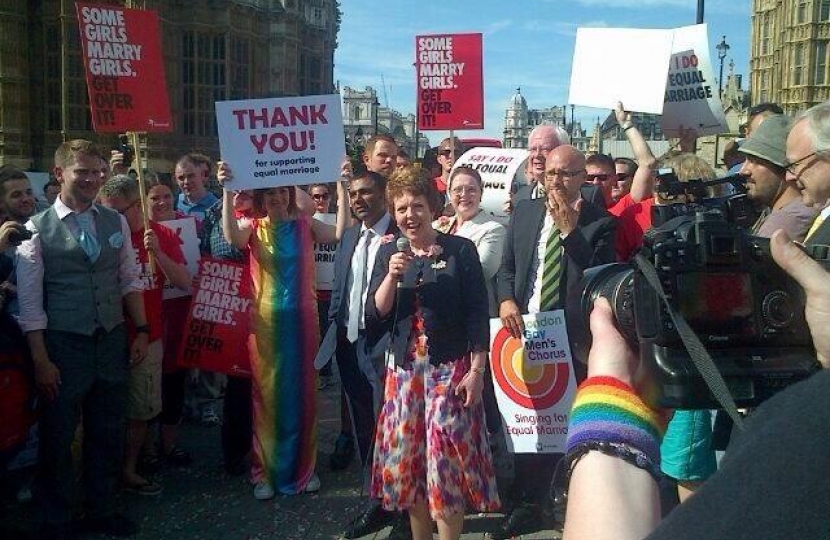 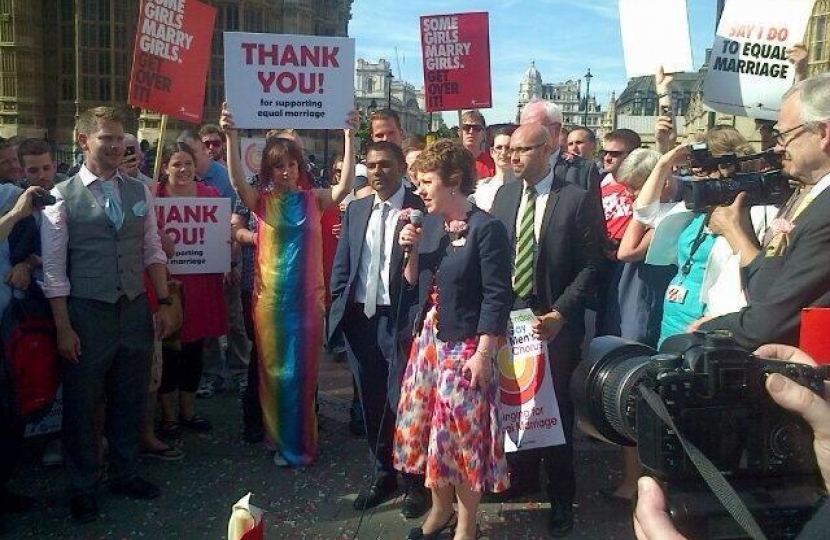 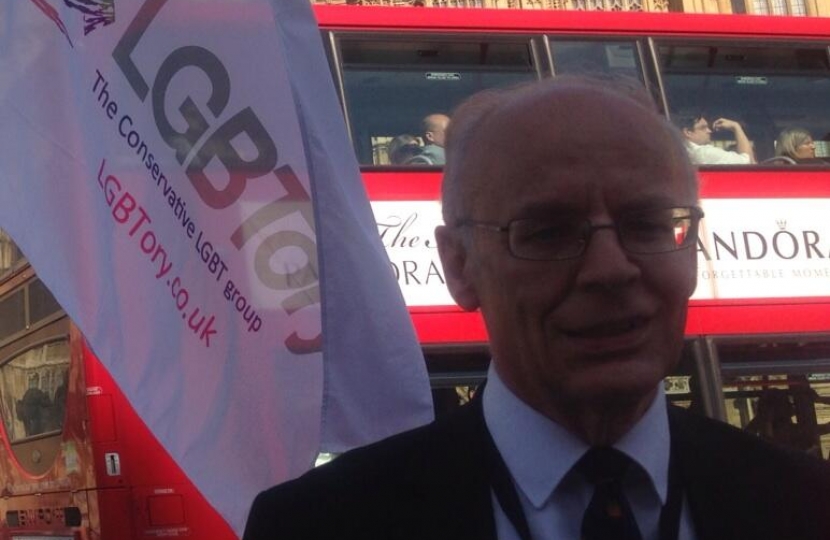 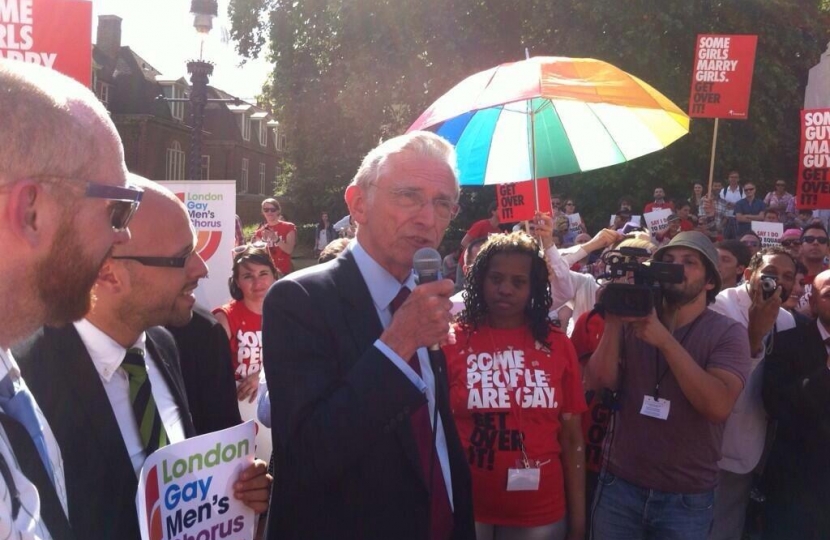 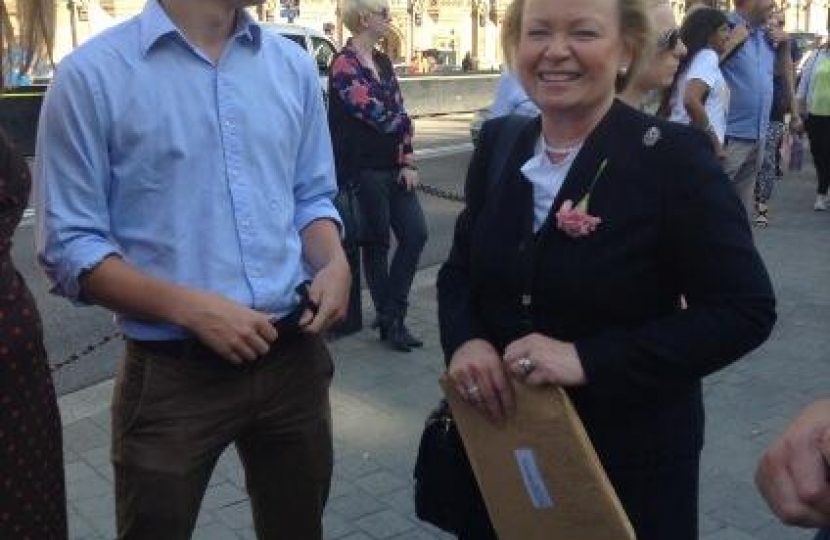 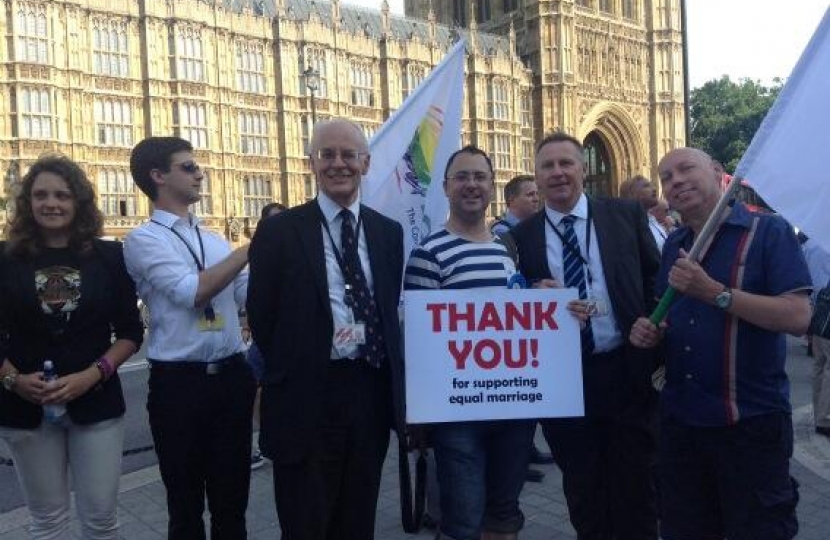 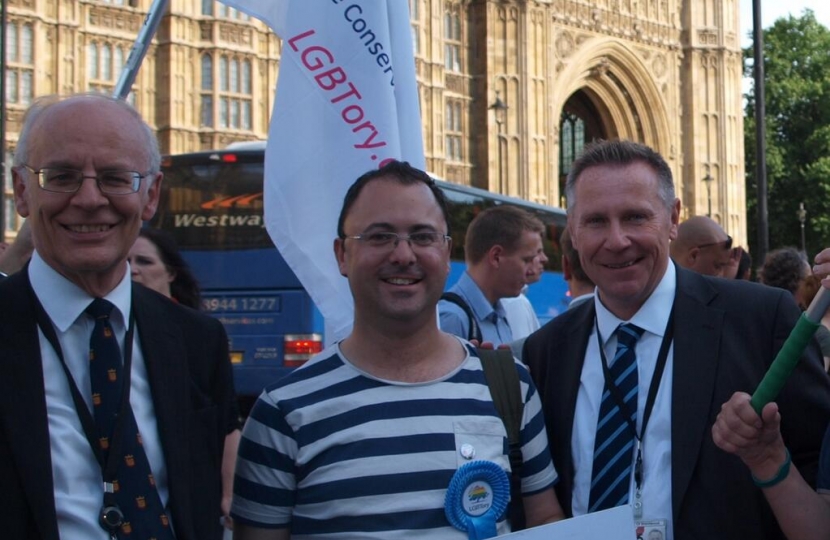 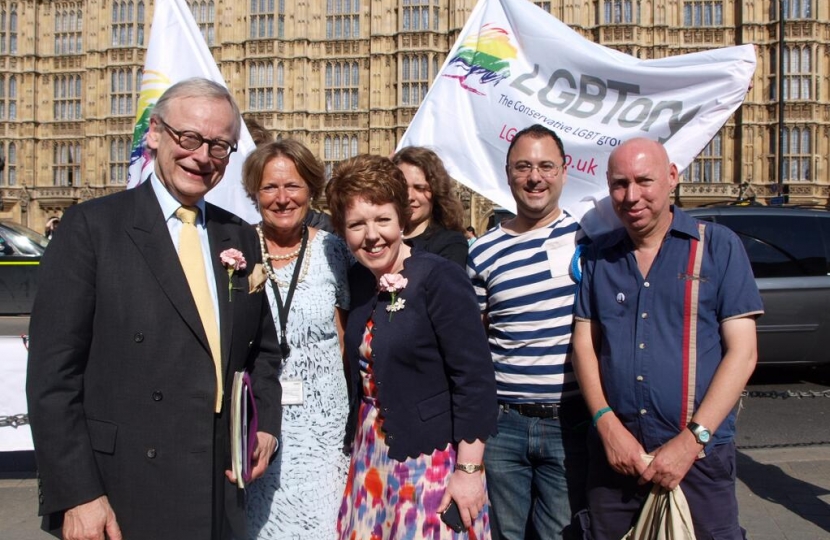 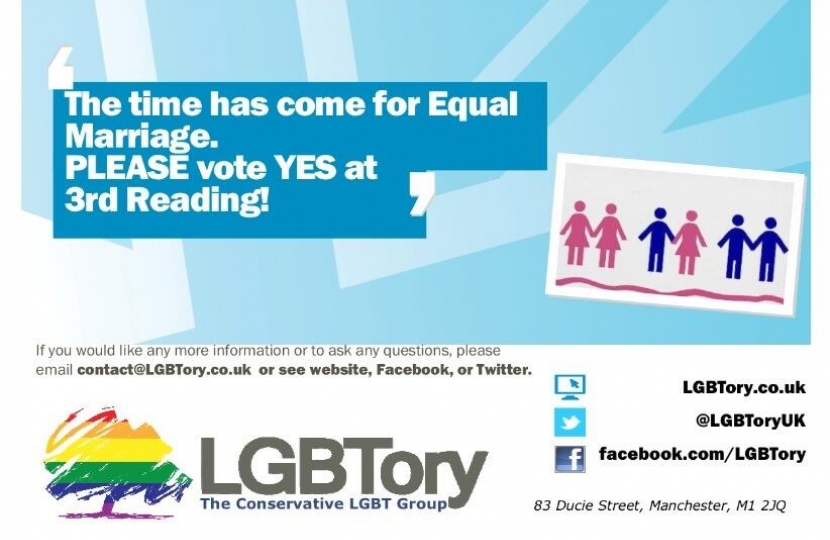 At 4.20pm today, the Marriage (same sex couples) Bill passed its final hurdle in the House of Lords and is only days away from becoming law.  The Bill passed without opposition, as peers put aside their differences to allow the Bill to pass its final stage without a vote.  The motion 'that this Bill do now pass' was even accepted without peers having to formally vote in a division.

During the final debate, those in opposition to the Bill accepted that they had lost the argument, and even the LGBT groups of the three main political Parties had a name-check, which was also welcome!

Following the passing of the Bill, hundreds of people partied outside Parliament and there was a carnival atmosphere.  We are delighted that numerous Conservative peers came to great LGBTory revellers and showed their personal support for the Bill and for the work we have done to help make this Bill a reality.  These included Baroness Stowell, Equalities Spokesperson in the Lords, Baroness Jenkin, Lord Deben and Lord Norton.  We are grateful to them for all their work and for doing this too!

Next, the amendments made to the Bill in the House of Lords will have to be formally agreed to by the Commons and then all is required is Royal Assent.  It is likely that the Commons will approve the amendments TOMORROW, and, if this does actually happen, Royal Assent, which is the Queen's official acceptance of a Bill, is likely to happen on Wednesday.  Once Royal Assent is granted this Bill will immediately become law.