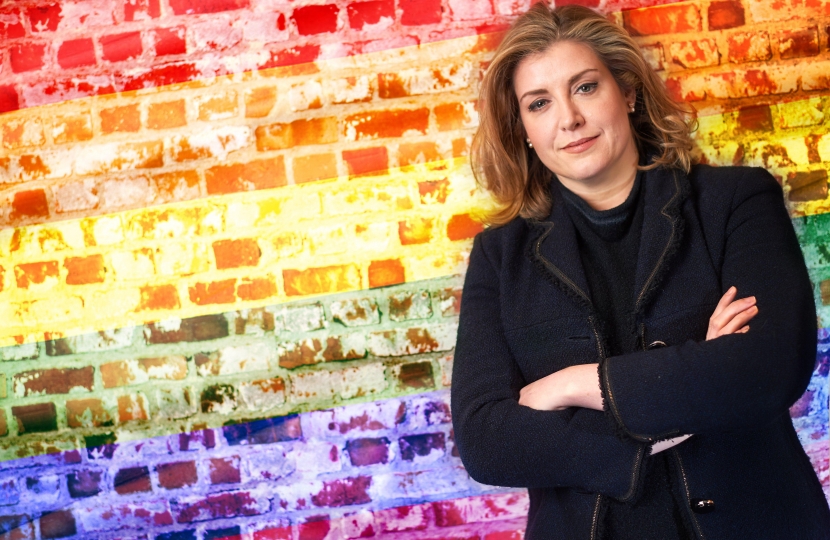 THIS PRESS RELEASE IS DIRECTLY FROM THE GOVERNMENT EQUALITIES WEBSITE

More school children will be protected from homophobic, biphobic and transphobic bullying following a £1 million extension to a successful programme as part of the government’s LGBT Action Plan, Minister for Women and Equalities Penny Mordaunt said today.

The money will be used to provide training for teachers on how to spot early signs of bullying and how to intervene appropriately. It will also be used to provide resources to support teachers in delivering lessons on LGBT issues to ensure all pupils feel accepted and included.

The Government Equalities Office has already delivered the anti-bullying programme in 1,200 schools in England – ahead of its March deadline – and is now inviting voluntary and charitable organisations to bid for £1 million of further grant funding to roll out the programme in more schools.

A further £1 million will also be available for organisations to improve LGBT people’s health and social care. The LGBT Survey found that at least 16% of survey respondents who accessed or tried to access healthcare services in the last year had a negative experience because of their sexual orientation, and over half of those surveyed who accessed or tried to access mental health services said they had to wait too long.

“Everyone in this country should feel safe and happy to be who they are, to love who they love, and to live their lives without judgement or fear.

“That’s why this government is stepping up its work to tackle bullying in schools, to protect more children and to stop hatred from festering and growing into discrimination in adulthood.

“The aim of our Action Plan is that everyone can live safe, happy and healthy lives where they can be themselves without fear of discrimination.”

The LGBT Action Plan, launched in July 2018, made 75 commitments to tackle discrimination and improve the lives of lesbian, gay, bisexual and transgender (LGBT) people in the UK. It was published alongside the results of the largest national survey of LGBT people ever undertaken. The survey, which had over 108,000 respondents, shows LGBT people are experiencing prejudice on a daily basis.

The LGBT survey was launched in July 2017.

The LGBT Action Plan can be found here

The Advisory Panel recruitment will launch this Sunday 4 November.

The grant funding will launch during the week of Monday 5 November.