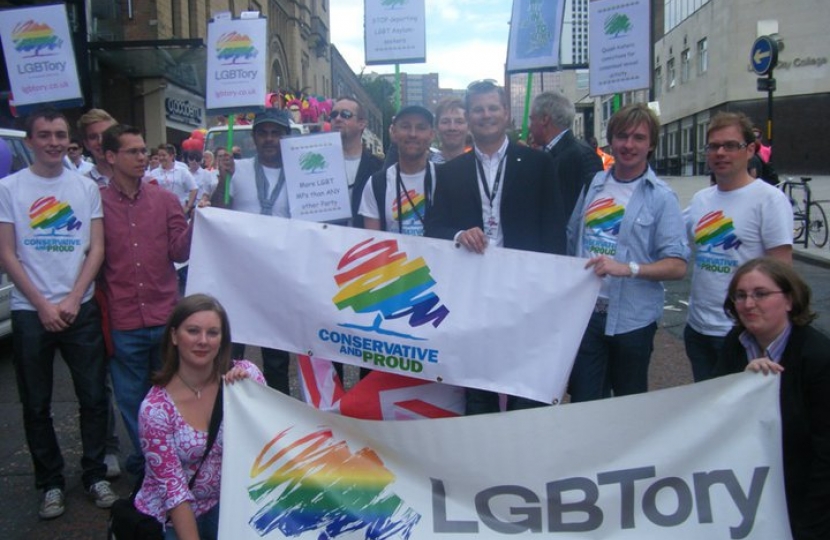 New Conservative Member of Parliament for Pudsey in Yorkshire, Stuart Andrew, was among the guests at Leeds Pride this weekend.  He spoke on the stage, highlighting the new Government’s wish to see homophobic bullying in schools tackling amongst other things.

He also led the LGBTory contingent in the parade, which saw record numbers of Conservative activists taking part in the event, which also had a record number of 23,000 attendees this year.

“It was a brilliant day and it was great to have Stuart join us in the parade.  The Conservatives now have the biggest number of openly-LGBT MPs in the House of Commons and to have them actively supporting pride events like the one in Leeds this weekend is a very good sign indeed.  We are seeing action and not just words already and I hope this continues to happen.”

“Stuart Andrew not only spoke on the stage, marched with us in the parade, but socialised with the LGBTory gang well into the evening and everyone had a fun time, while also highlighting the important messages that Pride events continue to have for the LGBT community across our country and throughout the world."