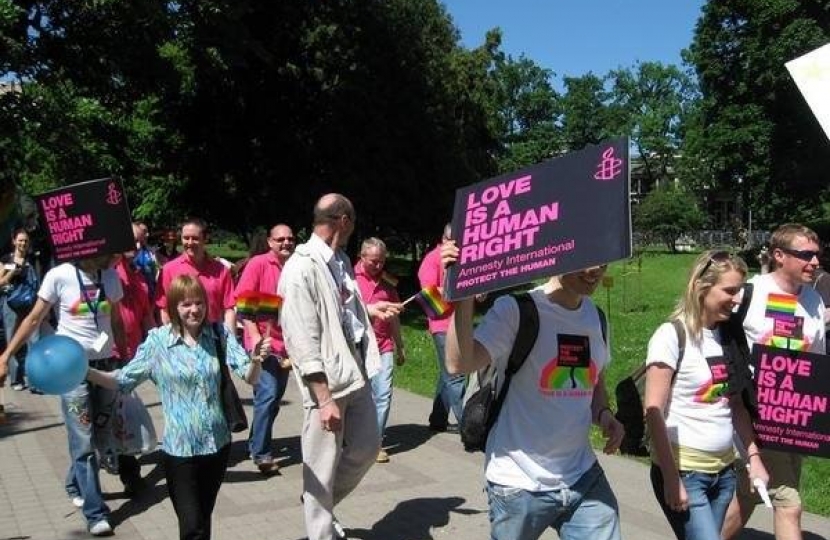 It's a little frustrating that in 2019 we are increasingly being asked what the purpose of pride events is, why organisations like LGBT+ Conservatives are still needed, and what rights LGBT+ people are still seeking to gain.  Today marks International Day Against Homophobia, Biphobia and Transphobia and it gives a great opportunity to address that question.

In 2007 I had been a part of the team putting on the annual pride event in London for a while, and we were invited to attend Baltic Pride in Riga, Latvia.  I didn't know a great deal at that time about the life of LGBT+ people in Eastern Europe but I assumed the event would be the fairly usual rainbow-filled day of joy and visibility.  The self-appointed guardians of Latvian morals had other ideas and we arrived to a combative court case seeking to ban Baltic Pride from taking place.

An afternoon of frothy outrage about the danger such homosexual gatherings would pose to the fabric of Riga society ensued.  Pleasingly the judges in their wisdom decided the event could take place, albeit with significant restrictions.
On pride day 80 of us assembled to march, as directed, around a small park in the centre of the city.  We were surrounded by more than 800 riot police dressed up like Terminator, and watched from outside the gates by spitting skinheads and preachers insisting that we were destined for their hell.
Over the years I have had the privilege of attending many such prides in Warsaw, Ankara and a completely aborted event in Skopje.  Our UK pride events in London, Manchester, Leeds, Birmingham, Belfast and other cities still give me goosebumps on my beglittered forearms but for a real sense of the real meaning of pride I do recommend you move a little out of your comfort zone.

I've also had the great privilege to be an LGBTI Rights Advisor to the European Commission and worked on a project to identify the union's "worst offenders" on our rights, and work with them to bring about social change.

Pride events in countries we wouldn't automatically expect not to respect us, are still struggling.  Just last week riot police broke up a pride event at a university in Ankara, and we know there are places not more than a few hours flight from the UK where the idea of a parade is still a distant dream.
LGBT+ Conservatives and other organisations are still here because we have work still to do in the UK.