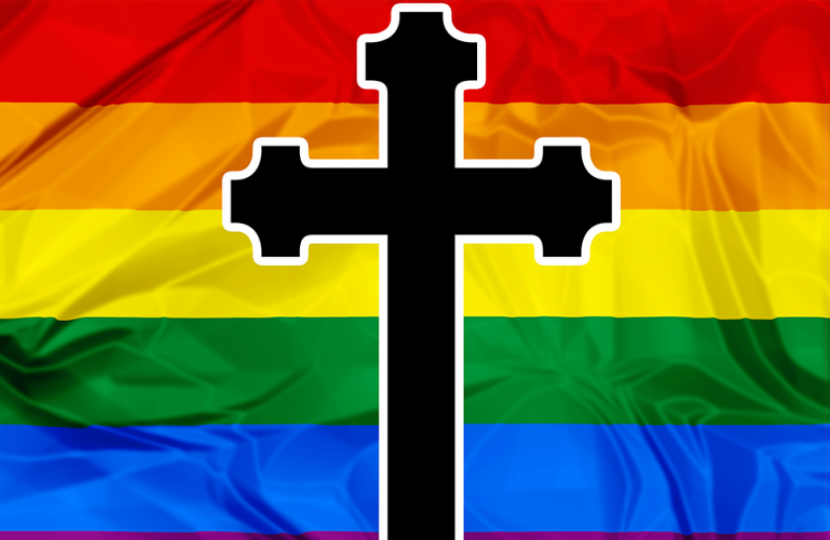 The Methodist Church of Great Britain has published its Conference Papers, including a proposal to allow Same-Sex Marriage within its Churches. WHOPEE!!!!!

Or, as the Great Methodist Hymnist Charles Wesley said: "No Condemnation now I dread; Jesus and all in Him is mine". Methodism has always expressed its theology in hymns. Indeed, many of the Great Hymns of Christianity come from Charles Wesley, one of the Methodist Church's founders along with his brother John, who preached the revival that led to Methodism, which split, unwillingly, from the Church of England in the 18th Century.

Indeed, even if you're not a Christian, you will probably know Charles Wesley's "Hark the Herald Angels Sing". Methodism is closely identified with songs, many football chants are to hymn tunes the fans learnt in their chapels, its other popular perception being of a "working class church". When preaching on politics, I do make the point the Methodists have affected all the governing parties, Labour owes much to Methodism, the Liberals relied heavily on Chapel votes in the days of Mr Gladstone, and Margaret Thatcher was raised a Methodist. Indeed, those of us who are Methodists can detect many of the same lessons we were taught in some of her attitudes, her father being like myself, a lay-preacher.

Today's news marks a crucial step towards one of the country's biggest Churches allowing same-sex marriage. There are few towns in Britain that don't have a Methodist Congregation, and Methodist Central Hall in Westminster looks across to the Houses of Parliament. Many a village still has its Chapel, indeed, for some, it is the last community facility in the village. It is a Church at the heart of Britain, indeed, an old exam question was "describe the impact of John Wesley upon Britain". It seems the answer to that has not yet been finalised! Another of our Methodist hymns "Love Divine, All Loves Excelling, Joy of Heaven to Earth Come Down", is a favourite wedding hymn for all couples. Just ask the Duke and Duchess of Cambridge.

As a Conservative, I remember my joy of hearing the then Prime Minister, David Cameron, saying "I don't support Same-Sex Marriage Despite being a Conservative, I support it Because I'm a Conservative", at the first party conference I attended. After that came all the joys which followed the legalisation, imprinted on my heart is the fact there were 400 Ayes at the vote in the commons which many of watched in astonishment and hope.
Something being Legal does not mean it is universally accepted, as we all know.

At the time of the Same-Sex Marriage act passing through parliament, much was made of the clause which stopped the Church of England solemnising Same-Sex Marriages. Far less was made of the fact the other denominations (Christian Churches) being left to sort out their own responses.
It is worth noting that the Quakers and some others from the beginning decided to perform same-sex marriages. Similarly, other faiths have had a varied response, some performing marriages for same-sex couples for years, whilst others vehemently oppose it. The law as written allows freedom of conscience for religions, which is quite as it should be.

For Christians, the question of how to treat same-sex couples has been a long-discussed matter. Christ himself left no recorded word upon it, whilst St Paul's writings words which have often been interpreted as using a term equivalent to homosexual, used slang. Quite what was meant by a term otherwise obscured has consequently taxed a fair few theologians. That translating the relevant terms as "Homosexual" is incorrect is something a lot of Biblical scholars currently agree on, though it will be a while yet before the bibles in most pews reflect this.

Whilst the Church has been discussing these things, the world has changed radically post-WWII in terms of same-sex rights. At the time the Methodists were allowing divorced couples to wed within their walls, Homosexuality was de-criminalised. For a long time, the Methodists were considered a more "accepting" Church, although the responses of individual congregations and members to LGBT people have, it saddens me to say, sometimes not shown the Love of Christ as they should have. When Same-Sex Marriage was legalised, some were surprised that Methodists didn't immediately perform them.

Certainly, for many Methodists, this has been a source of considerable pain, and for some years now, many within the Church have been calling for provision to do more for same-sex couples, many of whom, lawfully married or partnered, are a welcome part of our congregations.

Today's news is amongst a considerable recognition of the fact that how people live has changed, including expressing their love to one another, and indeed, it is not just same-sex marriage where the need for a change in how we express our faith is recognised. There is much on cohabitation and the ending of marriages. As well as recognising the need for a liturgy for Civil Partnerships.

The proposed changes will in effect make it the choice of each individual congregation. The Methodists have form for this, when women were first welcomed to be Ministers, Churches could opt not to have women ministers, a model the Church of England later followed. When the Methodist Church was formed, combining the Primitive Methodists, Wesleyan Methodists and others, those women allowed to preach by the "Prims" were left to keep up the work, the first women preachers (a non-ordained role) in Methodism having been active in the 19th Century. Disagreeing Christianly has long been one of the ways Methodists have got along. Those used to the "Broad Church" of Conservatism may know the feeling!

Bureaucracy, however, does move slowly, indeed today's news is a report to Conference (the Methodist Equivalent of Parliament), which has to accept the recommendation, before it is sent to districts and circuits (local groupings of Methodist Churches), before a final vote at the 2020 Conference. This makes a formal change to the Standing Orders (rule book) after which, any congregation's Trustees (in practice, the Church Council usually) may agree to hold Same-Sex marriages. Got that?

For those of us though who watched the Same-Sex Marriage Bill making its way through parliament, well, it's easy to get a sense of Déjà vu. All the boxes must be ticked and the paperwork filed properly and the votes held correctly.

We got there though, and prayerfully, we hope that the Methodist Church will get there. For those of us who are Same-Sex attracted Methodists, today's news is something once we would not dare to dream, do join with us as we sing "Lift Up Your Heart, Lift up Your Voice, Rejoice, Again I say, Rejoice!"

Thomas Smith is Regional Coordinator for the East of England. You can find him on Twitter at @SmudgeThomas.