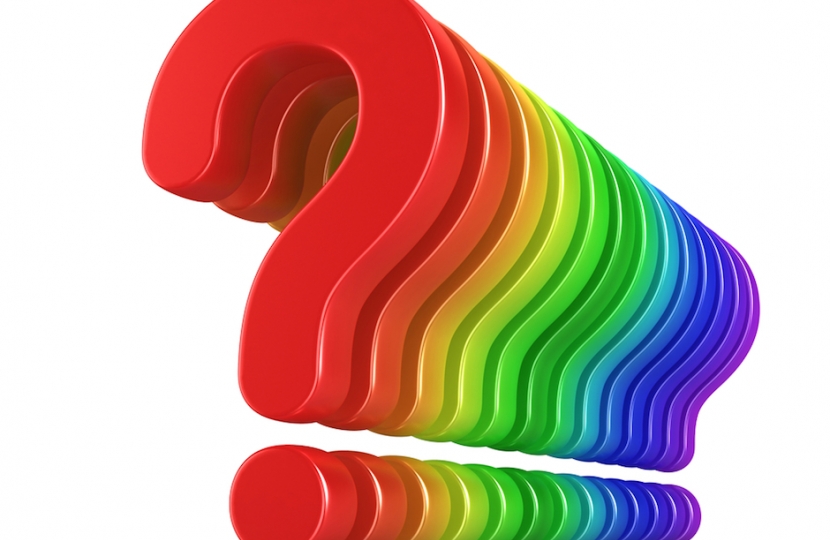 The Conservative Group for Homosexual Equality was a voluntary organisation founded in 1976 to lobby Conservative Party opinion in favour of gay rights and to provide a political balance within the gay movement. The group was revived in 1980, and a constitution drawn up and adopted on 28 March 1981, establishing an elected Executive Committee to oversee the running of the Group. CGHE was succeeded by TORCHE (Tory Campaign for Homosexual Equality), and in 2007 LGBTory was formed.

The name LGBTory, a portmanteau, was intended as a union of LGBT and Tory.  I believe the name was created with the best intentions.

However members of the trans community feel that the name omits them.  They feel that the T belongs to the word Tory and not trans, and they feel left out by LGBTory, simply because of the name.

I apologise for any offence or bad feeling the name causes. LGBT initialism is expanding to include an increasing amount of diverse people, all of which LGBTory wishes to include.

I will be proposing to the AGM in February that the organisation change its name, and I am hoping that members will agree.  Although only members get a vote I am keen to hear the views of everyone with regard to our name, and I will be grateful if you would complete the short survey linked below. A summary of the results will be available.